LEEUWFONTEIN – After months of the stagnation of progress at the Leeuwfontein sports facility, work has resumed to the satisfaction of locals in the area.

This after residents in the rural location outside Marble Hall within the Ephraim Mogale Local Municipality were livid over the authorities’ silence over the seemingly failed million rands worth project.

The project, worth over R10 million, commenced construction about four years ago. It recently turned into a white elephant and the residents feared for their safety as they complained that the site might be taken advantage of by criminal elements.

The residents also complained that children played dangerously at the site with deep unmonitored trenches, climbing over the high mounted steel water storage tank and the fast dilapidating building meant for toilets and changing rooms.

Maphefo Makola, a community leader, said at the time that they took note of the disappointing progress of the project.

Makola said then that they were not surprised by the project’s state of progression because they had been made familiar with the new culture of colonial dispensation.

When interviewed at the time, Seun Mogotji, Bolsheviks Party of South Africa (BPSA) leader, an opposition in Sekhukhune District Municipality (SDM), said the party noted with disappointment the wasteful expenditure in the local municipality as the officials of the ANC in the area appeared as they could do as they pleased.

Mogotji said if there was a need to spend money in erecting a sport facility in the area, the project needed attention to see its completion and functioning for the development of the community.

“However, actions of the authority behind the project seem inconsiderate as the project is left incomplete and serving no purpose to the community,” said Mogotji, at the time.

Mogotji vowed that the BPSA would take measures to see to it that the project was completed and that those found to be doing wrong in the processes were brought to book.

When asked on the developments with regard to the project, Jan Phasha, Ephraim Mogale Local Municipality Spokesperson, confirmed at the time that the contractor on the project had been appointed and would start work this year.

Last night, on Monday, 29 March, installation of a borehole was installed at the project meters from where residents still fetch water from trenches. 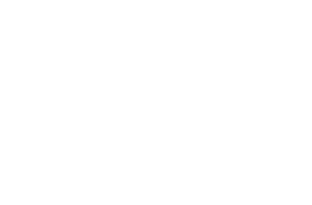