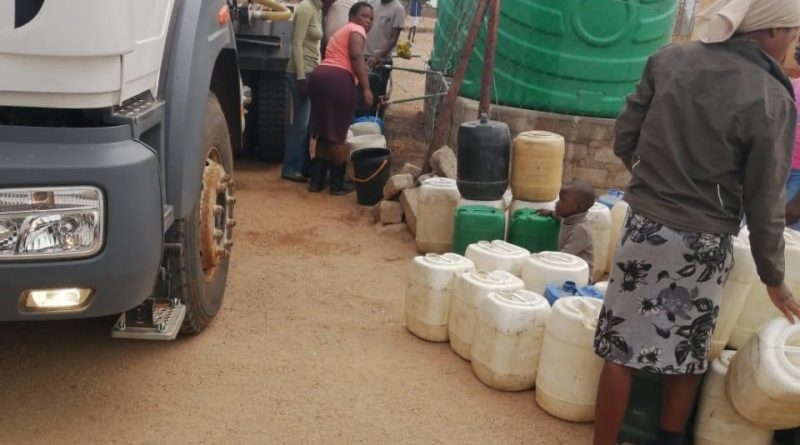 MOUTSE – The Moutse Drought Relief Project, into which the Minister of Human Settlements, Water and Sanitation, Lindiwe Sisulu, has injected an amount of R143 million last year, has not yielded the intended outcomes in the area.

The emergency water project, driven by Lepelle Northern Water (LNW), one of the water utilities of the Department of Water and Sanitation, has been marred by a myriad of challenges since its inception, living Moutse community members without access to clean water.

Minister Sisulu, recently said in a press release that she demanded answers from Lepelle LNW on the project following disturbing media reports indicating that the project which was meant to assist the drought stricken Moutse community has not been successful.

“What we have read is totally not acceptable, if it is true. We cannot allow people of Moutse to suffer like this whilst we have made resources available to them. I together with Premier Mathabatha made a commitment when we met with traditional leaders and community members that we were going to respond to their urgent needs. As a result, we made financial resources available for the people of Moutse,” said Sisulu.

Sisulu emphasized her displeasure that water tankers that were allocated to the district municipality had not been used because of the outstanding licensing and registration issues months after they had been delivered.

According to the release, the Minister has written to the LNW to give her a detailed report on Moutse water project and the latter is expected to spell out the number of water tanks and water storage tanks that have been delivered, installed and in use and how much has been spent to date.

“We cannot play games with the lives of the people. Water is a basic human right,” said Sisulu.

Attempts to get comment from LNW were not successful at the time of going to press.