The SDA is an agency established in terms of the Companies Act, with a mandate to attract investors with the aim of creating job opportunities and a conducive environment in which entrepreneurship thrives.

The SDA is wholly owned by the Sekhukhune District Municipality, and its board of directors, accounts to Executive Mayor Mathebe who then reports to Council.

According to Makanyane ‘Seize the FT-SEZ’ is a mass readiness campaign that will unfold through events, publications and interactive communication mediums with the aim to highlight and facilitate ways through which entrepreneurs, cooperatives and SMMEs could benefit from different stages of the implementation of the FT-SEZ.

“Special Economic Zones (SEZs) are geographically designated areas set aside for specifically targeted activities. The SEZs are established in terms of the Special Economic Zones Act 16 of 2014 that provides for the designation, promotion, development, operation and management of SEZs. In Sekhukhune District our designated SEZ will be in Steelpoort area of Fetakgomo Tubatse Local Municipality” explained Makanyane.

The FT-SEZ has an investment value of about R45 billion over a twenty-year period.

Makanyane further said the Board of Directors for the SDA chose this day, 08 March 2022, to honour the UN declared International Women’s Day.

“ This is an opportunity to mobilise women-in-business and aspirant women entrepreneurs to seize opportunities linked to the FT-SEZ.

“The ‘Seize the FT-SEZ’ will also be a connective pathway through which all efforts leading to SEZ will be communicated. Equally important, the aim is to spread the benefits throughout the district through information sharing, skills profiling and efforts to close the skills gaps in the district’s population” Makanyane added.

Makanyane hinted that SDA will introduce measures to facilitate support through regular updates on its social media platforms, the re-launch of the SDA website and periodic fact-files on the progress of the FT-SEZ. The SDA’s Itšeele Magazine will also play an important role as an information repository and a communication channel.

“SDA has serious interest in the success of SEZ, not just the industrialisation of Sekhukhune District into the first world economy but to attract investment and facilitate transactions that will steer economic growth, revenue generation, creation of jobs, attraction of Foreign Direct Investment (FDI) and international competitiveness of the Sekhukhune’s economy” added Makanyane

The Acting CEO of SDA concluded that there will be thorough, constant and open communication to make information available to communities as part of animating and activating them towards readiness as they seize opportunities linked to the FT-SEZ. 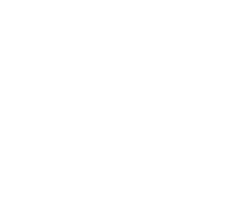