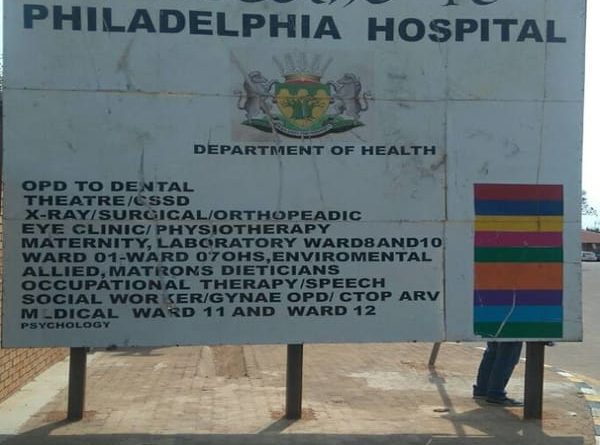 MOUTSE – The Mokone family at Ntwane Village in Dennilton, Moutse, outside Groblersdal is reeling in shock after an ill member of the family died at home after he was turned away from the Philadelphia Hospital last Wednesday without medical attention.

According to the family, they took the deceased 48 year-old Moses Mokone to the hospital that evening for medical attention as he was ill but they were told that there was no medical practitioner to attend to him at the time.

Sehlako Mokone, the deceased’s brother, said he was surprised to learn that a hospital could only have a doctor attending to injured people and not the ill.

Mokone said when they tried to speak to the nurses about the matter and how ill their brother was, they were ignored until the option they had was to vacate the hospital.

“My brother was very sick at the time. We opened a file for him at the hospital because it was his first time there. We were shocked to be told that the doctor who attended to patients in his state will only be available on Monday. They said the doctor only came in on Wednesday and Mondays. That Wednesday we were there, he had left already,” explained Mokone.

He added that the time his ill brother spent unattended at the hospital in the cold weather may have contributed to his condition worsening.

“We had to take him to the local clinic where he was attended and given some medication. We took him home after that and later that evening, he had and episode and we lost him. We are very worried as a family about what happened at the hospital. We still can’t make sense of it,” said Mokone.

Mokone further said that if allowed to continue, the treatment of patients at the hospital would lead to loss of many lives as that was the only hospital in the area which people depended on for medical help.

The paper sent a query to the Limpopo Department of Health on the matter on Monday, 07 June 2021, and the department said it was not aware of it at that point. The department said it would speak to the hospital but the paper had not received a response at the time of going to press on Wednesday morning.

35 arrested for non-compliance with lockdown measures