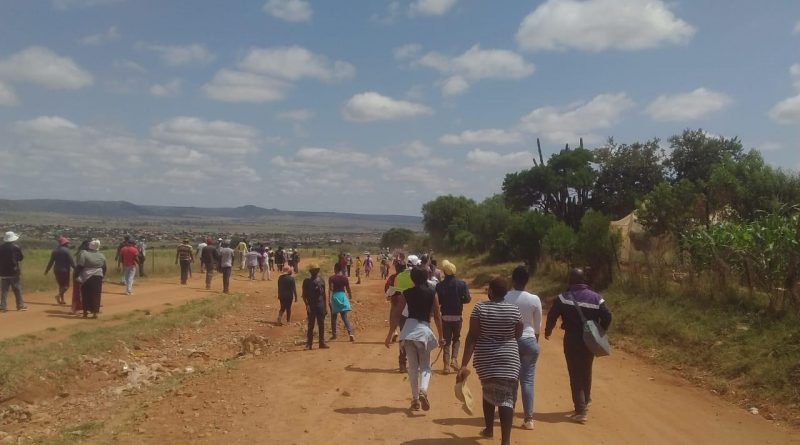 Residents in Mokwete, Ntoane, Makalaneng and Molepane accused Makhuduthamaga Local Municipality (MLM) of reduced 10km of the D4280 road which is about to be constructed.

According to concerned residents, back in 2018, the municipal mayor Minah Bahula visited mentioned places and promised to tar D4280 road for 10km.

But now her tune has changed, she said only 3,5km would be constricted, said Ronny Mashilo, a concerned community member.

“During her visit mayor handed out Intergraded Development Planning (IDP) which outlined that they would construct 10km road with estimated budget of R20 million,” said Mashilo.

He said on February 18th, Dalas Enterprise Company was awarded a tender to construct the road.

“The municipality gave him appointment letter. But we don’t know which criteria was used because In our communities we have 4 tenderpreneurs whom we have confidence in and trust to construct the road but they were not considered,” said Mashilo.

He said 4 local tenderpreneurs pulled out.

“They awarded the tender to Dalas who in has no history of road construction ,” he alleged.

Surprisingly on February 22nd the mayor visited the royal families to introduce Dalas as the contractor for 3.5 km out of 10km which was promised back in 2018.

Mashilo said they were concerned after kilos were reduced and called an urgent community meeting seeking clarity.

“We asked the African National Congress (ANC) ward councillor to call the mayor for a meeting,” he said

He said yesterday mayor was seen in the area with few community members.

“We lobbed residents to come in numbers but the mayor left the place without addressing us,” Mashilo briefed.

Yesterday after mayor left, they headed to the main road raising their concerns but police manhandled them and arrested 4 community leaders, said Mashilo.

He said they were even surprised to see site offices without community consent.

“We called the Economic Freedom Fighters (EFF) to assist us with our situation. The EFF intervened and asked the police what charges applied to the arrested 4” he said the police released arrested members without saying anything to the EFF.

According to Mashilo, historically Makhuduthamaga denies people access to protest to their premises.

Despite the EFF which forced them through advocates to permit them to protest.

“The municipality didn’t permit us to organise a march but the right to take to the street in order to march is recognised is in the constitution. Section 17 refers to everyone’s right to peacefully demonstration,” said Mashilo.

He reiterated that no project would start even if the municipality overpowers them by involving the police.

“Can you believe it the 3, 5 km is estimated to cost R28 million more money than 10km which was R20 million,” he alleged.

Mashilo said the municipality push the ANC branch in the areas for project to commence.

Another resident, Manakana Mashilo, said ANC leaders disrespected them to the core.

“They pressurised the local councillor because he literally failed to announce that the mayor was coming on Monday so the community could be ready to ask her questions,” said Manakana.

“Ward committee publicly announced that he would not work with ward councillor again but today ward committee initiated a meeting,” said Manakana.

A document which this paper saw, stated that “be informed that due to the ongoing covid-19 pandemic, tenders will not be opened to the public,”

It also mentioned that the employer is MLM represented by the municipal manager.