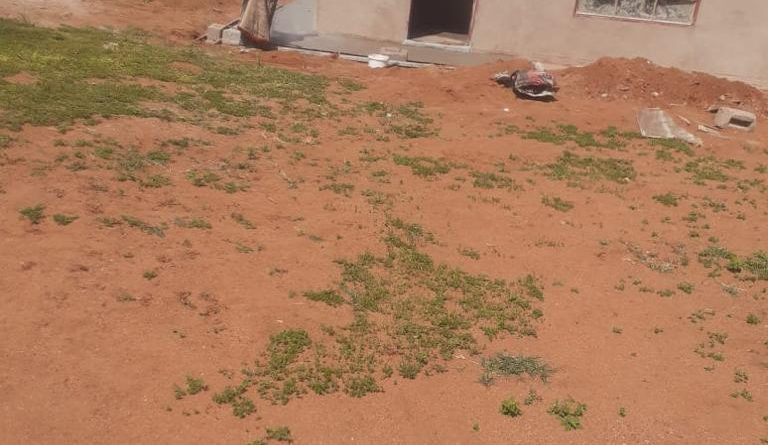 Back in 2020, the two unfortunately stranded families of Masemola and Matlanyane, located in Ga-Masemola, Pitjaneng section in the Makhuduthamaga Local Municipality (MLM) ward 29, have pleaded with Sekhukhune Times to intervene on issue of incomplete RDP houses since 2017.

One of the paper’s objectives is to be the voice of the voiceless; Sekhukhune Times has expressed that by intervening on the matter.

Destitute families wanted to know why their RDP houses were left incomplete.

Sekhukhune Times took initiative by approaching the Department of Cooperative Governance, Human Settlement and Traditional Affairs (COGHSTA) to hear their side.

The Departmental spokesperson, Motupa Selomo confirmed that the housing unit was abandoned due to poor performance of the former contractor. He added by promising that his department would appoint a new contractor to complete the project.

And indeed they did, this comes after one of the affected families reported back to the paper that a new contractor has been appointed and the project is currently underway.

They said on 11th November 2020 MLM delegated a representative by the name of Handrieta for visual assessment.

They said Handrieta was with ward 29 African National Congress (ANC) ward councillor together and the Ward committee.

“When they arrived, they found some of the people used their own windows and door frames to complete their RDP houses. They said people who used their materials would be refunded” families stated.

However that has not happened yet, despite work in progress.

Beneficiaries said the new contractor is completing the incomplete work but questioning the quality of the housing unit saying it is poor.

They also reiterated that they hoped to see the documents indicating people who were approved to have RDP houses.

“We wanted to see those documents because we suspect that deceased individuals were also offered RDP houses” they alleged.

“We would like to thank the Sekhukhune Times for intervening and finding answers to our questions” said RDP house beneficiary.

Over a thousand four-hundred suspects nabbed during weeklong operations