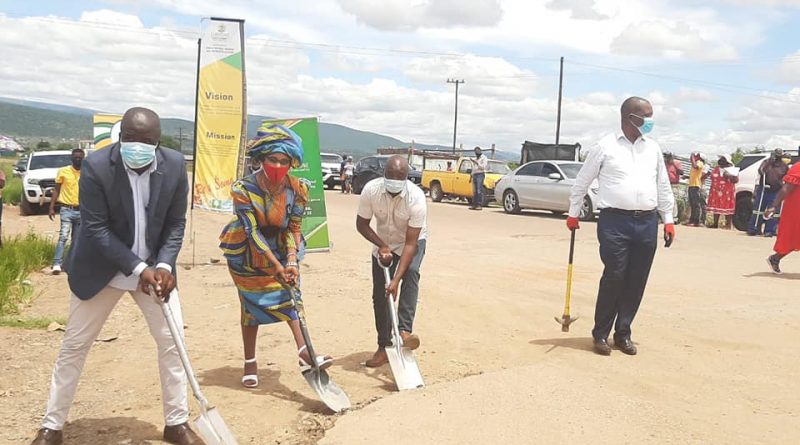 PRAKTISEER – The MEC for Public Works, Roads and Infrastructure, Namane Masemola, has kick-started its infrastructure rollout programme and handed over construction sites for six schools and roads across the province.

MEC Masemola led an inspection process of various roads including the D2537 and D5140 and committed that the roads would be improved.

In the breath, MEC Masemola has been working together with his education counterpart, Polly Boshielo, to see the construction of various schools that have been part of the province’s infrastructure backlog.

Joel Seabi, Public Works, Roads and Infrastructure spokesperson, said it therefore has been overdue that the handing over of the sites to contractors in order to begin work, be done in restoring the state of the roads.

In the rollout of the programme, MEC Masemola is accompanied by various stakeholders that include the Department of Education, Roads Agency Limpopo, the traditional authorities and community leaders.

On Friday, 29 January 2021, the programme became a success when MEC Masemola handed over three sites and conducted a sod-turning in Praktiseer Township outside Burgersfort within the Fetakgomo-Tubatse Local Municipality of Sekhukhune district.

The school will also undergo the eradication of existing pit toilets, have a new external works that comprise walkways, paved and covered assembly area, new steel palisade fence, new covered and uncovered parking bays, all to the tune of R30 million.

This whilst the D2537 – Penge and D5140 – Praktiseer roads will undergo a major rehabilitation to the tune of R30 million each.