EFF leader Julius Malema has vowed that party members will ensure that Clicks stores remain closed for the whole week over the controversial advert suggesting that black women’s hair was inferior.

Clicks outlets in Burgersfort, Lebowakgomo and Groblersdal were all not operating this week. Those in Polokwane were also affected by the countrywide protests. Some were damaged during the protests.

Clicks has found itself at the centre of a storm over an advert its chief executive labelled, “insensitive and offensive”.

The EFF members in Sekhukhune camped at the Clicks stores in Burgersfort, Lebowakgomo and Groblersdal ensuring there was no trading.

On Monday Malema said, “Today is the beginning of rolling action against Clicks. Everyday fighters, you must be combat-ready when you are called that there is a store opened, you have to respond quickly.”

The EFF wants Clicks stores shut until tomorrow and for those responsible for the advert to be fired.

Clicks group chief executive, Vikesh Ramsunder said they had to close 400 of their stores on Monday.

“Clicks has taken full accountability and apologised unreservedly for the advertisement published on its website and is committed to effecting real change across the business.” 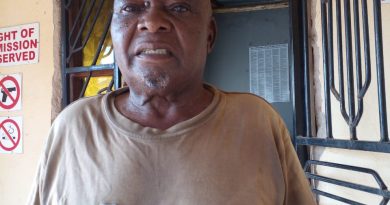 Dwarsrivier Chrome Mine suspends operations after miner diagnosed with Covid-19