Police said following a heard loud blast at the mall, the suspects were seen collecting something from the damaged machines and putting those into bags they were carrying.

“On Tuesday, 18 August 2020 at Kgobokwane’s Moutsiya Mall along the R573 road at about 01:00, it is alleged that four African males carrying riffles approached Capitec and First National Bank Automatic Teller Machine and later, a loud blast was heard. The suspects were then seen collecting something from the damaged machines and putting into bags they were carrying,” explained Mojapelo.

Mojapelo added that the suspects were unknown at that stage and police investigations were ongoing. A case of malicious damage to property was opened.

Meanwhile, the five suspects arrested for serious and violent crimes committed around the Burgersfort area, appeared before the Praktiseer Magistrates Court on Tuesday, 18 August 2020.

They were all denied bail and their cases were postponed to 8 September 2020 for further police investigations.

The suspects were arrested after they were positively linked to the murder of a 43 year-old shop owner and attempted murder of his assistant during a business robbery which allegedly occurred at Kgautwane Village in Leboeng area outside Burgersfort on 14 April 2020.

The suspects, Tonderia Motseke (34), Nikson Matanda (28), Trymore Mapakiti (26), Philemon Sithole (18) and Obey Mthembu (31) were further linked to several robberies and burglaries in and around the Burgersfort area.

Further police investigations are still underway to determine if the suspects have committed similar crimes across the province. 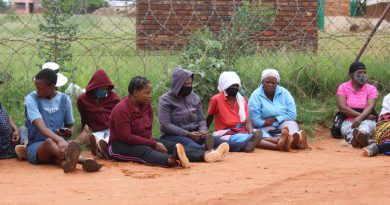