Two poachers will spend more than 35 years in prison. The accused were found guilty of charges of poaching, unlawful possession of firearms and ammunition and removing the horns from rhino carcass. They were sentenced to a collective 37 years imprisonment by the Mankweng Regional Court last week.

The members of Provincial Stock Theft and Endangered Species Unit, made a major breakthrough in curbing rhino poaching incidents when they arrested the two suspects Andries Mathebula aged 49 and his co-accused Shadrack Zitha aged 42, in Westenburg outside Polokwane during September 2015.

This was after they were found in possession of unlawful firearms and ammunition and an axe.

During further investigations, the recovered axe was positively linked to rhino poaching incident that occurred on the same month (September)  at Hoedspruit policing area.

“The farm patrollers on this day discovered a white dehorned rhino carcass after unknown suspects trespassed on the farm. The cases were assigned to Det Sgt  Ramaoka of the Provincial Stock Theft and Endangered Species Unit. Sergeant Ramaoka worked hard investigating the cases to ensure the suspects face the full might of the law,” said Limpopo SAPS’s Col Moatshe Ngoepe.

The Provincial Commissioner of the South African Police Service in Limpopo Lt Gen Nneke Ledwaba, hailed the team of members specialising in these cases for ensuring that the accused are put behind bars.

“These sentences should serve as a deterrent to all poachers that the police are determined to rid this province of the incidents of poaching,” concluded General Ledwaba. 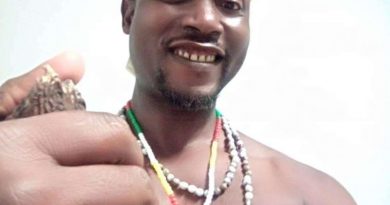