GROBLERSDAL – Sekhukhune District Municipality has announced that it is pursuing municipal officials responsible for the R611000.00 fruitless and wasteful expenditure for them to personally repay the money.

According to the district municipality the Auditor Genera described the fruitless and wasteful expenditure as one incurred in vain and could have been avoided had reasonable care been taken.

The expenditures were fagged by the Auditor Genera during the 2018/19 financial year audit, according to the district municipality.

Stanley Ramaila, SDM Executive Mayor, described as unacceptable the fact that the municipality could not provide the AG with relevant documents on time, while some of those provided lacked information needed by auditors.

The municipality said decisions to hold officials personally responsible for the fruitless and wasteful expenditure and to institute disciplinary measures were taken in cognizance of the amended Public Audit Act which complements leaders of auditees to implement consequence management to curb non-compliance.

According to the municipality council has already suspended the Municipal Manager, Nora Maseko, for some of the issues raised by the AG.

Ramaila said these measures were part of the municipality’s undertaking to instill the culture of good governance.

“Those of us who have accepted responsibility to administer taxpayer’s money must now that we cannot do as they wish.  Our communities expect us to provide quality services in an efficient, cost effective and transparent manner. At all times, our officials should keep in mind the Batho Pele principles, including making sure there is always’s value for the money, concluded Ranaila. 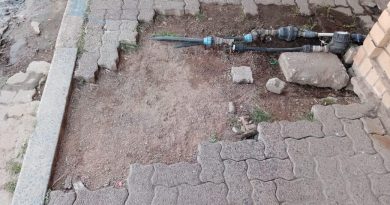 Man suffered a bullet to save his livestock