TSANTSABELA – Members of the community of Elandskraal outside Marble Hall are reeling in shock following the mysterious disappearance of a schoolgirl in the area last week.

The 17 year-old Mavis Manikie Tsheoga, a learner at the local Lepelle High School, was allegedly kidnapped together with her 15 year-old younger sister by an unknown suspect driving in a silver-grey BMW on Tuesday 12 November 2019 at about 07:00 that morning.

According to Limpopo provincial South African Police (Saps) the two, both from Tsantsabela village, were standing along the road, hitchhiking to school when a lone man stopped under the pretext of giving them a lift.

Brigadier Motlafela Mojapelo, Limpopo provincial police spokesperson, said the suspect allegedly drove and stopped at a secluded spot where he produced a firearm, tied up both girls and used his jacket to cover their faces.

Mojapelo said the suspect thereafter drove to an unidentified location, forced the 17 year-old girl, Mavis, out of the vehicle and proceeded to lock her up in a house.

“He then drove away with the victim’s 15 year-old sister and dropped her off at Ga-Molapo village in Magatle area outside Zebediela. The little girl was then untied by the suspect who thereafter gave her money for transport back home,” explained Mojapelo.

Police said they were notified about the incident and a search operation for the 17 year-old schoolgirl ensued.

At the time of her disappearance, the victim was wearing her school uniform, a sky-blue shirt and grey skirt. She is brown in complexion and medium in height.

Mojapelo added that two counts of kidnapping were opened for investigations and anyone with information that can lead to the arrest of the suspect and recovery of the victim was requested to urgently contact Warrant Officer Salome Lebelo on 082 414 6674, the crime stop number 08600 10111, the crime line sms 32211 or the nearest police station.

Land use unbundled with Magoši 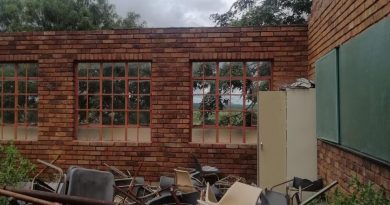