October is known as transport month, as a result the operation will see the MEC conducting oversight visits to road infrastructure projects which are currently under construction across the province.

Since this operation launched EPWP workers have been seen constructing humps along R579 road to Lebowakgomo, while other travellers experienced Stop and Go moments at Lenting village outside Lebowakgomo.

MEC Monicca believes dominant potholes causes more accident on the roads, therefore she said this would ease traffic flow and prevent unnecessary loss of lives due to accident.

“We implement according to the budget we voted for. This is also in preparations for the festive season which require our roads to be completed, of good quality and in good condition,” said the MEC.

Monicca said her department has declared war against potholes on the road before festive seasons.

“As the department we care about people’s lives and we believe through this operation, many lives will be saved,” she explained.

MEC said her department in partnership with Limpopo Road Agency (RAL) are constructing high level roads across the province.

“We are currently reconstructing worn roads, however this too is budget dependent,” she concluded. 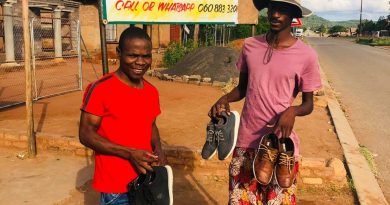