Limpopo’s department of education has suspended a school principal who was captured on a video striking multiple learners in a class. Video footage of principal of Bopedi Bapedi Secondary in the Sekhukhune South District went viral as he was hitting the pupils.  It is alleged this was the educator’s way of punishing students who had recently failed an assessment.

According to Makondo, the educator has been identified as ML  Maesela, the Principal of the school. The departmental team has also completed investigations and disciplinary action is being undertaken against him.

“Informed by the seriousness of the alleged transgression, he was served with a letter of precautionary suspension from duty and charged with misconduct for administering corporal punishment to learners,” added  Makondo.

According to the spokesperson, the precautionary suspension is to ensure that  Maesela doesn’t interfere with the learners as chief witnesses or get intimidated by his presence in the school premises.

“The department does not tolerate any of its educators, who in this day and age still administers corporal punishment to learners. Corporal punishment is outlawed in our schools and no longer plays a part in the disciplining of learners.”

EFF in Limpopo elected newly leadership to serve the community 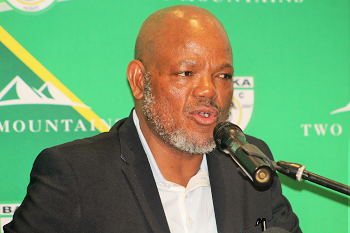