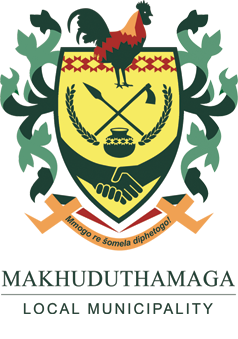 The party said it had written to Limpopo MEC for Co-operative Governance, Jerry Ndou seeking for the expulsion of the senior municipal official who it alleged approved over R110 million to be invested into the liquidated VBS mutual bank while allegedly still Chief Financial Officer at Moretele Municipality in the North West province during 2017/2018 financial year.

DA said in a statement released recently that it was deeply concerned that the senior municipal official would sign off similar ‘illegal investments’ which would hamper service delivery in the rural municipality.

The opposition alleged that Moretele Municipality contravened all Treasury regulations  by diverting R50 million from grant meant for water infrastructure to bank it with the bank under alleged Rampedi’s watch in 2017/18 financial year.

Jacques Smalle, DA Limpopo Premier Candidate, said prior to that, the municipality invested over R60 million into the same bank but the money was recovered and returned into the municipal account.

Smalle added that to compound the matter, the municipality was embroiled in allegations of serious maladministration before joining Makhuduthamaga Local Municipality as CFO in 2017.

“Before joining Moretele Municipality, Rampedi was given a golden hand shake of over R2.7 million at Elias Motsoaledi Local Municipality after she was suspended for failing to submit the financial documents and meet the auditor general’s requirements,” said Smalle.

Smalle further said it was clear that Rampedi had a very ‘bad’ record when it came to financial management and accountability therefore she deserved to be removed from her position with immediate effect.

“Makhuduthamaga has a huge service delivery backlog where residents are still sharing water with animals therefore they cannot afford one more delay in getting the basic services that they deserve. The DA urges MEC Ndou to take actions against Rampedi and further probe the financial affairs of this municipality and stop any illegal transactions and investments,” concluded Smalle.

Paena Galane, Co-operative Governance Human Settlement and Traditional Affairs Spokesperson, said as the department they have not received any letter from the party on the matter yet.

Dwarsrivier Chrome Mine suspends operations after miner diagnosed with Covid-19

Three kids drown at an illegal mine