PHETWANE – Scores of mourners converged at Phetwane village outside Marble Hall in the Ephraim Mogale Local Municipality (EPMLM) to pay their last respects to the late Fanie Lekola on Sunday.

Lekola was former Mayor of Ephraim Mogale Local Municipality and also Members of the Mayoral Community (MMC) for Water and Infrastructure at Sekhukhune District Municipality (SDM) since 2016.

Speakers during the former mayor and MMC’s memorial service, held at the same village on Friday and during the funeral proceedings on Sunday, described the late Lekola as a gallant servant of the people who truly resembled selfless leadership.

Stanely Ramaila, SDM Executive Mayor extended his appreciation for the support shown by South Africans during the burial of the late Lekola.

Ramaila said they were deeply saddened by the passing of the revolutionary par excellence in the late Lekola.

He added that the late Lekola played a pivotal role in building the structures of the revolutionary movement during the 80s.

“He led with distinction in whatever position he was deployed. The developmental local government will miss him dearly. Rest in Peace cadre of the ANC, said Ramaila.

Limpopo Premier and ANC Provincial Chairperson, Chupu Mathabatha, ANC veteran Lydia Komape, Member of Parliament, Members of the Provincial Legislature, Executive Mayors, Mayors, leaders of the tripartite alliance were among the mourners during the late Lekola’s send off. 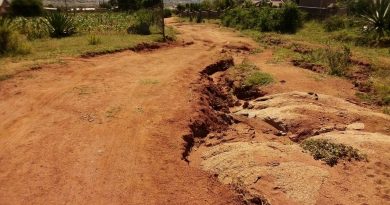