A former African National Congress (ANC) ward councillor in the Fetakgomo Tubatse local municipality who currently works as the coordinator in the municipal public account committee in Sekhukhune district municipality (MPAC) has been accused for raping his 11 years old daughter in Apel last year.

It is alleged that the suspect was arrested after the daughter has reportedly sustained serious injuries and she was treated at the Groblersdal hospital.

The Democratic Alliance (DA) councillor in Sekhukhune, Solomon Maila said the party has written a letter to the executive mayor of Sekhukhune, Stanley Ramaila to suspend the suspect from his position.

Maila said the suspect was detained for more than three weeks and he was released on bail in November 2018 by the Schoonoord magistrate court.

“We believe the suspect should not be allowed to serve in the MPAC as it plays a very crucial role in ensuring that the financial mismanagement by any employee or department of the municipality is investigated and remedial action is taken against the perpetrators,” he explained.

He said the lives of women and children are under siege and that gender based violence has become the order of the day in our rural communities.

The DA caucus leader said his party has discovered that the matter was swept under the carpet by the municipality but it was recently confirmed by the police upon inquires by the DA.

“The DA believes that taking disciplinary action the suspect would send a clear message to the perpetrators that violence against women and children cannot be tolerated by the society. We urge Ramaila to immediately suspend the suspect as we believe that all our female counterparts in the committee and the entire municipality are not safe at all,” said Maila.

Maila also said Ramaila must institute disciplinary action against him for bringing the district into disrepute.

“We remain committed to one south Africa for all where women and children can walk the streets freely and without any fear of victimisation,” he concluded. 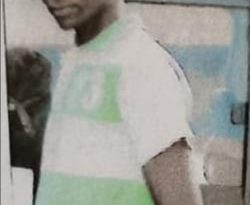 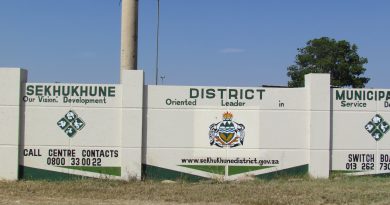