GROBLERSDAL – Scores of mourners converged at the Groblersdal Rugby Stadium on Sunday to bid farewell to two of the Mozambique Portuguese Island drowning victims.

The two victims, Lesego Matsepe and Mmatholo Moganedi who are from Groblersdal met their tragic death while on vacation at the Island.

They were part of a group of eight young people who travelled to the Island on the Mozambique Coastal Line to celebrate a birthday of one of them on 12 January 2019.

During the eight’s swimming adventure, four, whose bodies were later recovered, were overpowered by a sea wave and went missing. The other four were rescued with the assistance of Mozambican Authorities.

Limpopo Premier, Stan Mathabatha deployed Elias Motsoaledi Local Municipality (EMLM) Mayor, Julia Mathebe and her Municipal Manager to Mozambique to lend a hand of support, on behalf of the South African Government, to the families who were already there following the tragic incident.

Mathabatha, who attended the mass funeral at the Groblersdal Rugby Stadium together with Sekhukhune District Municipality Executive Mayor, Stan Ramaila and EMLM Mayor Mathebe, said they were very lucky to have been able to recover the bodies of the deceased.

Mathabatha said many of the victims of the Portuguese Island in Mozambique had still not been found after they went missing there years ago.

“We send our deepest condolences to the families and friends of the deceased and May the soul of the two, Lesego and Mmatholo rest in peace. We call on the families to be strong in this dark time,” concluded Mathabatha.

The two were buried at the Groblersdal cemetery. 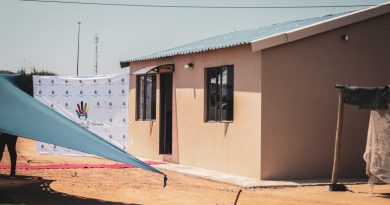