The joy of being becoming a mother cannot be compared to anything but all this can be altered by circumstances beyond control that requires a leap of faith. This is evident in the lives of these courageous women Tebogo Boroko and Lerato Mahlodi. They narrated their compelling stories of gratitude during the celebration of World Prematurity Day on Thursday, 22 November 2018 at Nurses Hall of Philadelphia Hospital (World Prematurity Day is celebrated on 17 November).The aim was to raise an awareness about health crisis that premature babies have to go through.  Mothers and their children from surrounding areas were invited to give true meaning to this special day.

These women are a living proof of courage and faith. Ms Boroko from Dennilton said after going through caesarean section of early labour and giving birth prematurely to a baby boy. There was lot of confusion and despair in her mind. It was when the news were delivered to her that the baby’s lungs have not yet fully developed. It was a race against time for them to be released from the hospital. The baby had to rely on a machine that helps the lungs not to collapse (nCPAP). According to World Health Organisation premature birth is a health problem and is a leading cause of death in children born under five worldwide. She had to hang on the words of the nurses from neonatal section that the infant condition will improve and have to keep faith in the work of the doctors and nurses. Both mother and child had to stay at the hospital for six weeks. It became music to her ears when the child’s condition improved. She could not hold her excitement when she was released from the hospital with her healthy son. The outspoken Boroko is now beaming with pride as her six-year old son Phenyo is now doing grade R. The mother is now full of praises to the nurses who assisted during difficult period in her life.

On the other hand, Ms Lerato Moahlodi from Ntwane had a similar experience when she was told her premature child is not breathing well. She did not believe that the child could live to see another day. She says her spirit was cast-down and heartbroken with many unanswered questions. Seeing the child dependent on a machine and virtual strangers to be well is not pretty sight for any caring mother. She had to spend full three weeks at the hospital and when released had to constantly check on whether the baby is fine. It is now two years after her ordeal and is summed-up by gratitude to nurses for her baby is living. 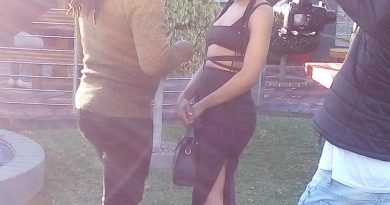