After contributing in the building of two toilets for his community of Taung (ward 22) EFF’s Cllr at Fetakgomo Tubatse Local Municipality Gerry Mnisi has once again contributed to his fellow villagers. Along with his EFF members and ward committee, they recently handed over sanitary towels to 45 pupils of Taung High School.

“The contributions were done by Cllr Moropane, Nkidi Maphori and Heavyman Mutisi. We want to ensure that the girls have enough sanitary towels during their exams,” he told Sekhukhune Times.

He said as EFF they value the lives of the people. “We will strive to assist our communities the best way we can.”

The school’s management thanked the good Samaritans for the donations.

Msiza and Radzilana back in the PEC 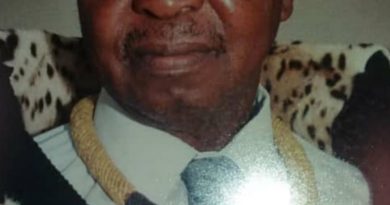