The Economic Freedom Fighter (EFF) in Limpopo has suspended its ward three councillor in Thabazimbi after he was arrested for alleged robbery on Friday.

It was alleged that Daniel Mampeule (36) has attacked the family of an entrepreneur in smashblock and took undisclosed amount of money.

Newly elected chairperson of EFF, Jossey Buthane has confirmed the suspension of its former party councillor.

“The party takes the allegations levelled against Mampeule very serious and we would subject the former councillor to a disciplinary hearing,” he said.

“The case was postponed to the 12 November 2018 and the police expect to arrest more suspects over this matter,” he concluded 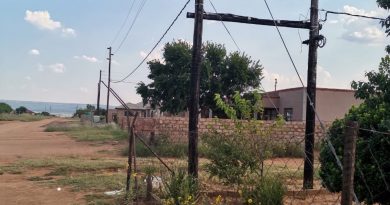 Zenzele still in the dark after decades

A man was allegedly brutally killed