Cosatu’s message to the Fetakgomo Tubatse Local Municipality (FTLM)’s mayor Johannes Phokane is that, “ignorance of the law is not an excuse for doing wrong things.”

The message was uttered by the trade union’s secretary Floyd Pholoane during last Friday’s protests at the municipality’s civic centre.

The march included members of Samwu,Num, Sadtu, Numsa, Sanco, VBS depositors as well as ANC members who were led by Dr Phophi Ramathuba.

Speaking before handing a memorandum of demands, Pholoane said they want politicians involved in the VBS Mutual Bank scandal to resign.

“We are making the same call here for the immediate suspension of mayor Johannes Phokane, his Exco committee and senior officials for taking illegal and unlawful decisions to invest public money into VBS.”
He added, “We are warning the provincial treasury of the ANC, Danny Msiza, the provincial deputy chairperson of the ANC, Florenze Radzilani, mayor Phokane, the municipal managers and the CFO that if they don’t want to be pushed by us,they must then  resign with immediate effect.”

He added that the money used in the VBS saga was for services such as water and electricity.

“Coghsta must move with speed to hold implicated municipalities accountable.”

The memorandum for the demands was received by Mr Godfrey Netshinga from Limpopo’s Coghsta. He promised to deliver the memorandum to MEC Jerry Ndou. 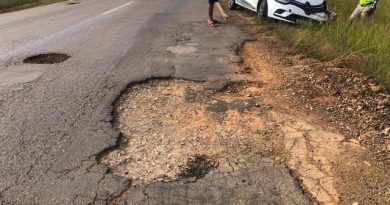