According to the outfit, the agreement was signed on the 23rd August 2018 at Park Town between the team’s Technical Director Bobby Manasoe and Orlando Pirates Development Manager, Augusto Palacios.

The team said the move came after long discussions between them and Orlando Pirates two when Manasoe contacted the Soweto giants.

Manasoe said: “I received an email informing me our request has been received and was given a list of things to do before we can be considered. We met their requirements and we are proud to be associated with a brand like Orlando Pirates.”

Manose added the partnership included that Ratanang F.C send 22 under 15/17 players for trials at end of every school term, Orlando Pirates choose players fit for their development programs and parents’ consent.

Hlabirwa Tlaka, Ratanang F.C mentor, said: “I want to thank Ratanang F.C Managing Director Mmushi Mmadi and his company Sedieletshe Trading and Projects for the financial and logistic sponsorship they have provided to put us where we are. Our aim is to create a platform for aspiring soccer players to reach their dreams and I believe playing for a brand like Orlando Pirates is every player’s dream,”

Mmushi Mmadi, Ratanang F.C Director, said they were lucky to have a legend like Bobby Manasoe as head of their technical team because his experience in rural soccer development was hard to come by. 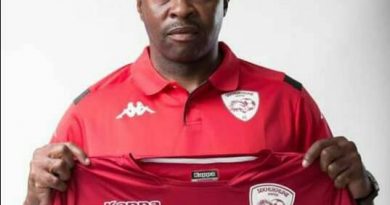