A radio presenter was suspended at work for a week following the allegation of playing outrage clip of nyaope victim on air. A late nite show presenter of monwana o tee gao tope kgobe claims that the suspension was illegal. He believes the stations never followed a proper procedure to suspend him.

Richard Nchabeleng said the community called him to evident a nyaope victim who breaks into house to steal. “I made a package of that incident. Drugs are very dangerous to the community. We wanted to know who sells them. Victim revealed them,” said Nchabeleng.

It is alleges that drugs has been found on a suspect body. Suspect is behind bars Mokete confirms.

“A suspect is going to appear before Nebo magistrate court on 24 August. We appeal to the community to come in numbers to support us. We are going to make a peaceful protest because we don’t want a suspect to be released,” said Mokete.

The vibrant leader assured over ten victims want to quit those drugs. He said amongst those drugs addicts one girl survived lungs operation.

One of the victims emphasised that youth must never entertain substance abuse at large because they are not good to them. “I want to quit because drugs made nothing to me beside future destroys. People tried to advised me nevertheless I never took them serious. Youth must listen to elderly people,” said a victim. 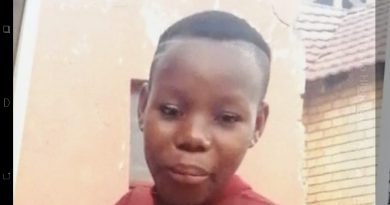