The DA is urging Limpopo Premier Stan Mathabatha to fire MEC Ishamael Kgetjepe with immediate effect. This comes after Kgetjepe’s failure to take action against officials within the Limpopo Department of Education for their appalling mismanagement of funds and the tender irregularities with regard to the National Schools Nutrition Programme (NSNP).
The party said that the bid process to extend the contracts of the existing service providers who were appointed in 2011 was never completed accordingly after their contracts lapsed in June 2013, due to various litigations and the expiry of the validity period of the tenders.

DA’s Limpopo leader Jacques Smalle said the Forensic Audit Report conducted on the Department of Education, the standard procurement process to appoint these service providers in line with the Public Finance Management Act (PFMA) and the Preferential Procurement Policy Framework Act regulations were not followed.

“The report further indicates that the department did not follow the correct procedures to select the suppliers as there is no evidence that the service level agreements were concluded with the suppliers.
“The department paid 13 suppliers over R76 million between May and June 2014 and a total amount of R882 million was allocated for the period between May 2014 and June 2015 despite the service level agreements not being in place.The payments were constituted to be irregular by the Auditor General’s report due to the department’s failure to follow the correct procurement process,” said Smalle.
Smalle said, Premier Stan Mathabatha continues to fail his commitment to institute consequence management against officials who mismanage public funds.
“The DA urged Mathabatha to remove Kgetjepe for his continuous inability to act swiftly against maladministration, tender irregularities, mismanagement of funds and corruption – not only surrounding the programme but the entire department.”

Attempts by the Sekhukhune Times to get a comment from Limpopo education’s spokesperson Sam Makondo drew blank. “ 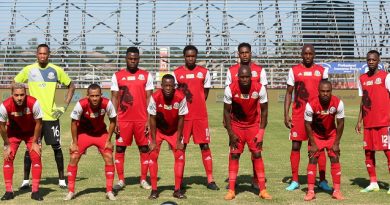