According to the local municipality, the main responsibility of MPAC was to exercise oversight over the executive function of council and to ensure good governance in the municipality and the municipal entity.

Presenting the report , Makunyane reiterated on the importance  of partnership with business and other key stakeholders in terms of development of the municipality and its communities.

Makunyane said such partnerships are of great need, specifically for cooperatives that consist of Small Medium and Micro Enterprises in the area that are to flourish and become sustainable, thus giving the local economy a boost.

With regard to progress made by the local municipality in terms of service delivery, Makunyane mentioned some of projects that are at an advanced stage of completion.

During the public hearing consultations members of the community are provided a platform to raise their views on service delivery.

A number of challenges facing the residents such as unavailability of electricity in some villages, access to roads, lack of high mass lights, poor or mismanaged waste removal, local economic development, lack of access to running water and unavailability of bursaries for students were raised.

Makunyane encouraged people to pay municipal services which he said would make the municipality to speed up services in communities.

“Elias Motsoaledi is a rural municipality by its nature; therefore it is only a limited number of people who are ratepayers. When such people are defaulting in payments, and the municipality struggles  in collecting money owed by residents, a dent is then created in the municipal budgets, and service delivery becomes affected,” causioned Makunyane. 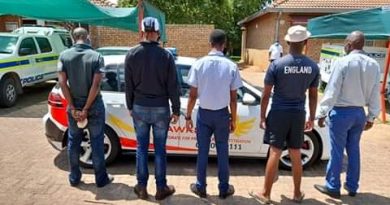