KALKFONTEIN – One of the four suspects in the Herman Botha murder case, Thomas Baloyi (25) was fatally shot during an attempted farm attack at Kalkfontein outside Groblersdal last Wednesday.

The deceased Baloyi and three other suspects, Tobias Moyo (44), Fanie Makwaka (25) and Chris Langa (31) were on 29 November 2017 each granted a R1000 bail by the Groblersdal Magistrates Court after they were arrested in connection with the murder of 64 year-old Botha at his Kameldoring residence last year.

Baloyi and his three accomplices were allegedly part of a group of eight suspects who shot and killed Botha after he and his son had arrived at the residence in Kameldoring.

The 25 year-old suspect was fatally shot in the early hours of last Wednesday morning after an alleged intrusion into a farmer’s house in Kalkfontein.

Lt Colonel Moatshe Ngoepe, Limpopo Provincial Police Spokesperson, said the 64 year-old farmer was alerted by a barking dog in the house, woke up and opened the window to investigate, later the lights upstairs went off and she heard someone pushing the bedroom door open and then realised there was someone in the house.

“She later went outside and, together with her farm workers, they found the deceased in the near bushes outside the perimeters of the yard,” explained Ngoepe.

However, Ngoepe said the deceased was still unknown at that stage and police investigations were still continuing.

When the paper asked if the deceased was one of those granted bail in the Botha murder case, Ngoepe said they didn’t know but preferred for investigations to be given space to be finalised.

Cases of attempted house robbery and murder have been opened. 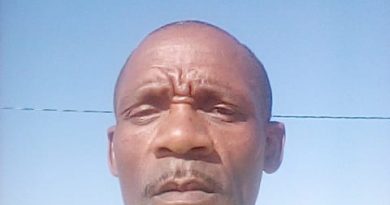