MARBLE-HALL –One of the eight accused in the murder of the Van Zyl family on the Kalkpoort Game Farm in the Immerpan area near Marble Hall has been granted bail.

The suspect, Ntando Shabane (29) was granted R10 000 bail when the suspects appeared before Lebowakgomo Magistrates Court recently during their last court appearance.

Ngoepe said police investigations were still ongoing. He said one firearm, a magazine and ammunition were recovered during the arrests of the suspects following the double murder which occurred in August last year.

The bodies of Piet Van Zyl (69) and his wife Tilla (66) were found on their farm, Kalkpoort Game Farm in the Immerpan area near Marble Hall on Sunday 20 August 2017 at about 09:00 that morning.

According to police, it is alleged that the couple were asleep when the suspects broke the door to their bedroom and entered.

Ngoepe said the couple was held hostage at gunpoint and the suspects ransacked the house, and then shot the couple during the incident, and fled the scene.

He added that their bodies were discovered late that morning around 09:00 by a family member who informed police. 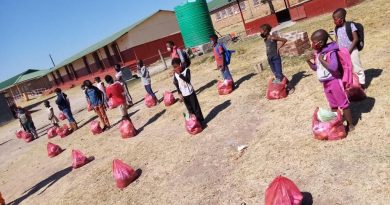