STEELPOORT- The Burgersfort SAPS arrested a 30 years old woman for possession of explosives at the Steelpoort CBD last Thursday December 13.

According to the police spokesman Sgt Andrew Maimela this was after the police got a tip off about the explosives in the area.“A task team comprising of Burgersfort Crime prevention and K9 unit was established immediately. The operation led to the arrest and discovery of 29 explosives from the bushes at Tubatse r armed robbery and possession of illegal firearms.

He added that the suspect will soon appear before the Burgersfort Magistrate’s Court.

“The investigations in the matter are continuing and more arrests are expected.”

The cluster commander of Burgersfort Maj Gen Joseph Maepa commended the team for the good work. 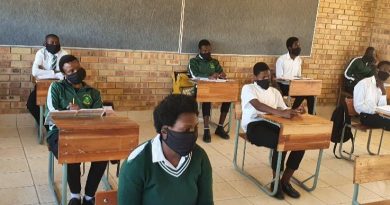